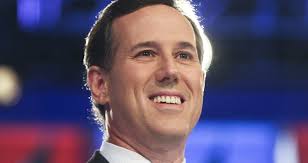 This is the first in a series of candidate analysis posts that will explore the strengths and weaknesses of 2016 Republican Candidates for President. I will rank them on 7 different aspects: prior political victories, broad base support, enemies, fundraising ability, humility, clean record, and endurance.

Rick Santorum is a very unique person who can reach a very unique audience. While overlooked by much of the media, I believe that he will be a very credible candidate in 2016, and he is in fact one of my top two choices (along with Mike Pence).

“On the Issues” Political Spectrum